Minecraft is one of the most successful puzzle games in the history of video games. The game was accessible to video game players of all ages, and it was also available on almost every game platform possible. The simplistic game design allowed everyone enjoy their time with the game, but it was also complex enough to keep you playing for hours. The high price of the game may have kept a lot of people away, but that is no longer a problem with the creation of Mine Clone. 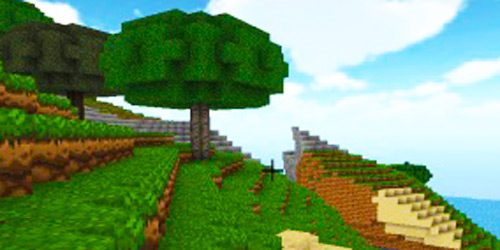 Mine Clone is a new Unity flash game that replicates everything you will find in the original Minecraft game. This means that you can now enjoy Minecraft for free on your computer by playing Mine Clone. It is extremely difficult to clone such a detailed game as Minecraft, but Mine Clone does it perfectly. You will have a hard time believing that you are playing a free flash game and not a video game that cost millions of dollars to produce.

Mine Clone still features the simplistic controls that everyone fell in love with when playing Minecraft. It only takes a total of eight buttons on the keyboard and mouse to move, jump, mine, build, pull up your inventory and fight off enemies. This makes it possible for people of all ages to enjoy playing Mine Clone while sitting on their computer at home.

While Mine Clone does a great job of replicating the best features of Minecraft, there are still a few features from the original game that are not included. This is to be expected from a free flash replication, so they do not hurt the experience that much. The biggest flaw with Mine Clone is the inability to save the game. One of the biggest joys of Minecraft is creating your own world out of the things you have found in the game. Building massive worlds requires days of work, but this is not possible in Mine Clone. While Mine Clone remains fun, it is still disappointing that you lose all your hard work after turning the game off. If Mine Clone could find a way to add a save feature, then it would be a flawless free flash clone of Minecraft. Even with this problem, it still remains one of the best free games you will every find to play on your computer.