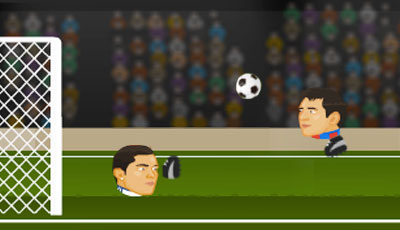 One of the most exciting and fast-paced sports video games is available online today! Football Heads: La Liga is a very easy to learn and fast-paced soccer game, which can be played either casually or in a more competitive setting.

The popular Football Heads series is a different type of online soccer game because it does not rely on the standard eleven versus eleven format. Instead of having full teams, the game uses a one-on-one format in which just two players are pitted against each other, which makes every player play offense, defense, and goalie all in one action play.

To begin you must choose the Spanish football team you want to compete against other teams of La Liga. The game starts with the ball dropping to the field and both players trying to gain control of the ball. The player who gains control will then try to score a goal while the player’s opponent will try to defend the attack. After the first goal is scored, the ball will once again drop to the field and the game will continue.

Players who are new to the game are recommended to play a few games against the computer first. This will allow any player to get used to the controls. Once a player has been able to beat the computer opponent, it would be fun to advance and play Football Heads: La Liga against live players, who could be playing from anywhere in the world. For those who are getting very good, there are frequently live tournaments and other events in which they can compete in to truly test their skills.