“Minecraft” has been one of the most popular video games on the market. And just like with other games that remain popular for a long enough period of time, copycats and homages to that game are bound to spring up. “Grindcraft” is a “Minecraft”-style crafting game, but it maintains its own identity through the utilization of a single main screen rather than a fluid three dimensional world of voxel graphics. 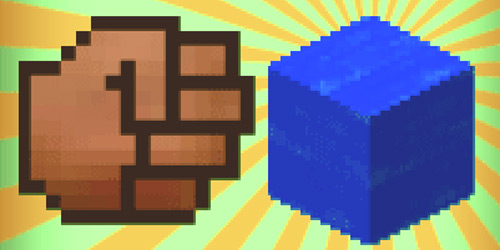 The basic gameplay feature of “Grindcraft” is clicking on blocks, beginning with a basic tree. While this may make the game sound like it is nothing but a clone of “Minecraft,” the user interface is very different. Two-thirds of the screen is composed of every craftable element available to the player. The remaining third of the screen is arranged so that the upper left corner of the screen displays the various fields that the player can interact with and the lower right corner is dedicated to showing you the various achievements that you have earned.

A few of the benefits offered by “Grindcraft” include the removal of the hunger and health gauges inherent to “Minecraft.” Another benefit is that you do not have to move around the world at all; every possible element that you can acquire from mining cubes, slaying mobs, or punching trees is already visible. Furthermore, you can mouse over any craftable item to generate a tooltip that explains what elements are necessary to craft that particular item. For those players who have prior experience with “Minecraft,” most of these recipes should already be known to them, such as 4 wooden blocks to make a Crafting Table. The product of any given activity is displayed in the massive crafting window, with a number in the lower left of an item to indicate the quantity of that item.

Just like its predecessor and inspiration, “Grindcraft” is a game about forging your own progress at whatever pace you deem necessary. As progress within the game results in the occasional achievement, such as punching a tree to get your first block of wood or slaying your first mob, players can find encouragement in opening up as many achievements as possible. Other players may find an incentive in having “all the things,” working toward a maximum stockpile of each and every item displayed within “Grindcraft’s” crafted items grid.