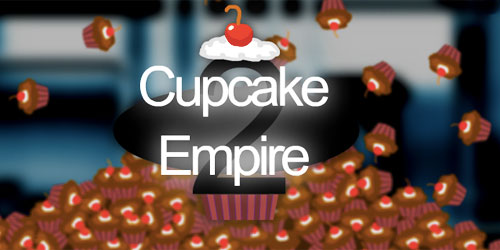 If you build it, they will come. That is, if you build a bakery after baking thirty or so cupcakes, you will be able to bake even more cupcakes! Of course, the more you bake, the more dough (dollars) you make, which will then qualify you to purchase a store, a mall, and a factory … all in quick succession. You can also eventually hire a baker to help you out. This allows all of your bakeries and stores to produce an extra cupcake per second.

Like the first sequel, you start off with nothing but one cupcake on the screen. Click it. Boom! You just baked your first cupcake! The game thus starts with the player needing to click the cupcake 30 times, at which point the player can buy his or her first bakery. Once you have a bakery you begin producing a certain number of cupcakes per second. Every upgrade you make, the more cupcakes are produced per second. The idea is to exponentially increase the number of cupcakes you are making until you are able to purchase cool stuff like cars and houses, and until you are awarded all the medals available in the game. (Each time you are able to upgrade your ability to bake more cupcakes, you unlock a medal.)

You also get bits of news as you upgrade. For example, from time to time you learn that your cupcakes were just featured on the front page of your town’s daily newspaper, etc.

Cupcake Empire 2 is a relatively simple game that allows the player to revel in their entrepreneurial spirit. You start out baking cupcakes one day, and before you know it you are earning enough cash to buy goodies like cars and houses. The more money you make from selling cupcakes, the cooler the upgrades to your ride and property can be.

For example, at the very beginning, you are able to buy a Mazda RX8 for $5,000. Wait just a little bit, and you can move up to a $50,000 Mustang. If you hang tough you can even purchase a Lamborghini for a smooth $200,000. (It’s interesting that the most expensive house, which is a castle, that you can buy is $120,000 cheaper than the Lamborghini. But who cares, when you have that lot of money)

One slightly annoying feature of the game, which seems to have been included only to make the business aspect slightly realistic, is the tax system. Every seven days you have to pay taxes, and then some of your cash disappears. If you fail to pay your taxes, you get penalized by having to pay three times the original amount. This was the only part of the game that seems like an afterthought.

All in all, it’s a good game if you happen to be bored!