Bullet Haven 2 available online via Silvergames is an active arcade shooter. That brings action packed fast paced game play by trying to dodge the bullet. The goal is to dodge all the bullets that come flying at you in vast numbers. In addition you have to destroy packs of cute animals. Sounds like a crazy game right? 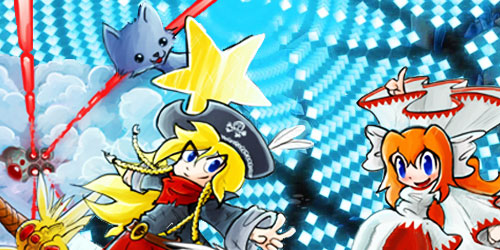 The controls for this game are mouse to move and shoot, z or x controls the weapons, and c is to activate the bomb. To start out the game you can choose the level and the character you want to play as. Now in the beginning you only have one level to choose from and two characters to choose from.

Once the game is stated up you get the into dialogue between two characters and the full list of controls.

Then when the game starts you character is flying through the forest with several trees in the background. All the colors are realistic and well done. As you are gliding through the game, enemies will start to show up in groups. This is when the action starts they will start to fire at you permanently and you have to move around and dodge them while shooting back. If you shoot them enough and kill them then they go away and coins rain down from them that you can collect.

As you advance through the game, bigger enemies come though and shoot more often and cause more damage. They also take more hits to kill them. If they are successfully killed them you get gems to add to your collection which are worth a lot. Now if you happen to get hit by any missiles or bullets then you lose a star. Even if you bump into any enemies you lose a star. You have three stars total and they are shown at the top right corner of the screen.

You also have the number of total kills you have, FPS, time remaining, and number o diamonds displayed at the top of the screen. These numbers are easy to see without being to distracting. If you want to take a break or look at the numbers more closely, then click off the screen to pause the game. There is a countdown once you enter Bullet Heaven 2 again to avoid being demolished.

You will get a level failed at the end if you do not survive and you will receive a total score. You will also receive a letter grade and the chance to play again. If you pass you get to advance to the next level and work to unlock new things.