There are a ton of flash games on the market. Some of them are easy, and some of them are hard… then there are games like Bonkio. While easy to understand, at least in theory, this game may prove to be one of the more challenging you ever attempt to play. And not just because online multiplayer is the only option for this physics combat game. 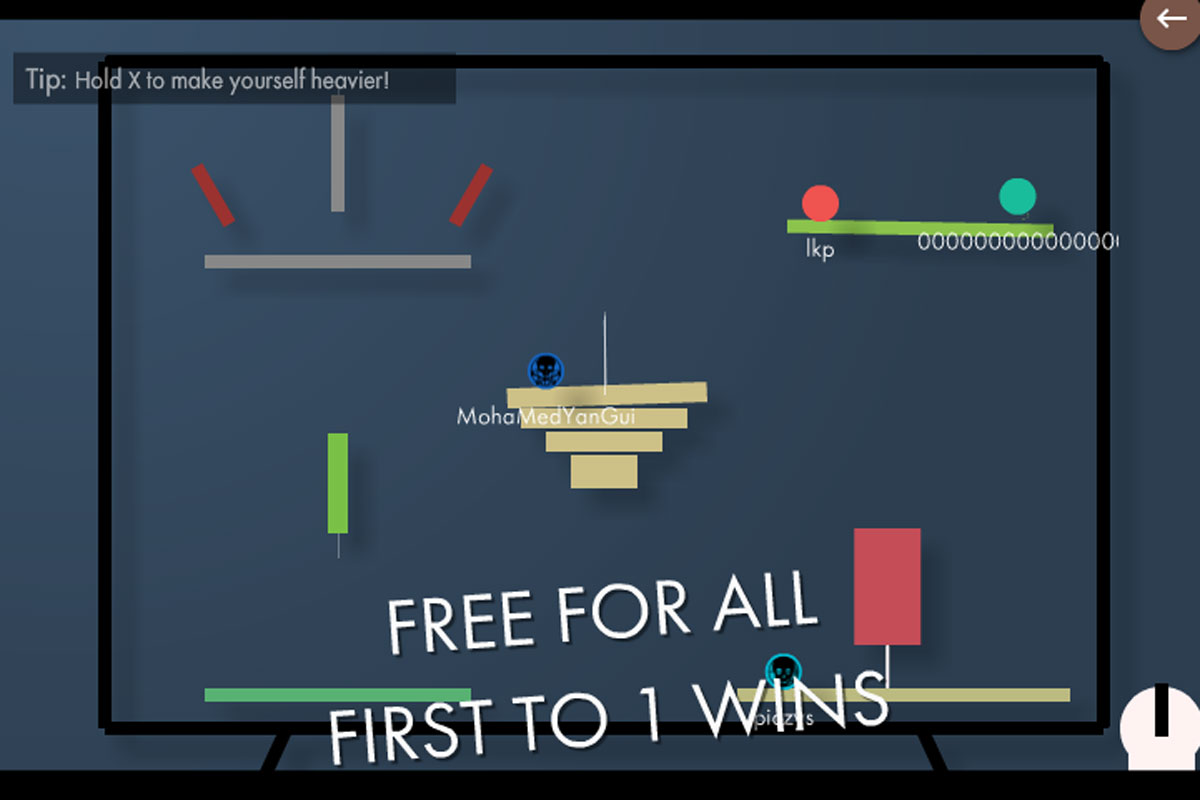 The simple explanation of Bonkio is that it’s a game for 2-4 players, and each player is in control of a colored ball. These balls are directed around a map, and the goal is to run into the other balls, and slam them out of the arena, or into physics objects so they explode. The last ball remaining in the match is declared the winner.

It sounds simple, but it’s far from easy to emerge victorious in a match. Especially if you’re going up against more experienced players.

You control your ball with your arrow keys, and you use the X key to float. You can also press down to increase your ball’s density and speed, ensuring that you will hit harder when you crash into enemy balls. The tough part, though, is figuring out what objects on the map you can interact with harmlessly (like the balloon part of the blimp map), and what objects will make you explode (like the crates being dangled from said blimps).

Bonk.io is a game that’s relatively easy to learn, and you can play it on pretty much any computer with an Internet connection. It might take a few matches to really get a handle on the controls and response time, and to familiarize yourself with what parts of the map are safe, but once you’ve got all that down, Bonk.io is a breeze.

Just remember, the other players might have faster reflexes, or a harsher strategy. So play often to keep your reflexes in practice.