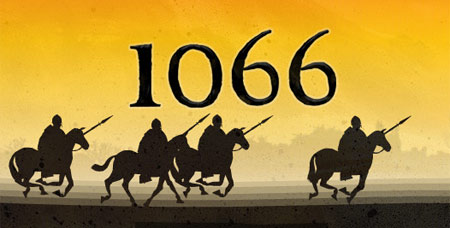 For experienced gamers, finding the right game to match wits with could be hard though. Upon looking a little deeper than the obvious, you find games like 1066. 1066 is one of the many games that can be played for free, but with one difference, it has serious depth.

The first thing you notice about the game is the soundtrack. It rivals Hollywood pictures of the medieval time period, rather than a video game. The impressive sounds that are orchestrated are not your typical online or even console gaming type. As the game loads, you’re treated to a glimpse of what’s to come, matched with sounds that will take you back in time, to an age of wonder, magic, and mystery. It’s important to keep the sound on for this one, to get the full experience of the game.

At first glance, 1066 is just another strategic defense game, where you control an army and try to kill as many of the enemies as possible. However, once you start the game, and you pick your side with either the English, Vikings, or the Norman Armies, you will be treated with a fast paced, impressive strategy game that is not traditionally seen in fast moving flash based games.

The game play is turn based, easy to execute and move into action. There are two sides and you select what you want your armies to do, then when you’ve selected the motions, set them into play. Your side will attack the enemy, while the enemy begins to move towards you, but if you have selected the right moves, you’ll win each time.

The game is fast, has simple graphics, and some of the best sounds you’ll hear on a free game. It’s easy to pick up and play, but hard to master, and definitely addicting.